BLOODY Sunday relatives are to challenge the anonymity granted to Soldier F.

Before yesterday’s hearing at Derry Magistrates Court, families of victims and surviving wounded walked in unison from the city’s Diamond to Bishop Street Courthouse. Michael McKinney said the first hearing in the case was an important day and he was thinking of his brother William as he went into the court. “I was leaving the house this morning and I looked at a picture of us at Downing Street shortly after we started the campaign for justice for Willie and the others and I thought we’ve come a long way since the campaign started in 1992,” he said. Liam Wray, also described yesterday as “historic”. 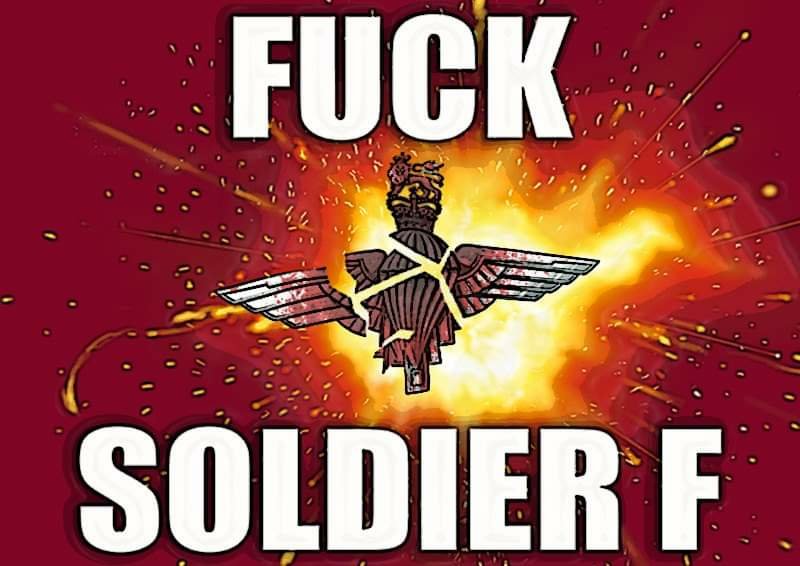 Following the hearing, solicitor Ciaran Shields – who represents the McKinney family, three of the wounded as well as the family of Patrick O’Donnell, deceased, who was also wounded  – said the court proceedings progressed as expected. He also revealed plans to challenge the anonymity granted to Soldier F. Following Bloody Sunday, most of the British soldiers involved

were granted anonymity as a security measure. That was renewed during the Seville Inquiry, while Derry District Judge Barney McElholm granted a further interim order yesterday. Mr Shields said he intended to write to the Public Prosection Service to ask it to “robustly” challenge Soldier F’s anonymity. “Public confidence in this prosecution requires it to proceed in an open and transparent manner,” he said. “Soldier F should be prosecuted in a manner consistent with the prosecution of the vast majority of the limited number of soldiers who were prosecuted in the past for murder and attempted murder, without the benefit of anonymity.”

With many thanks to: The Irish News and Seamus McKinney for the original story derry@irishnews.com

That was renewed during the Seville Inquiry,

The dead cannot cry out for justice; it is a duty of the living to do so for them: Lois McMaster Bujold

With many thanks to the: Bloody Sunday March for the original posting.

Listen to the song and the lyrics here: https://www.deezer.com/track/1579275?autoplay=true