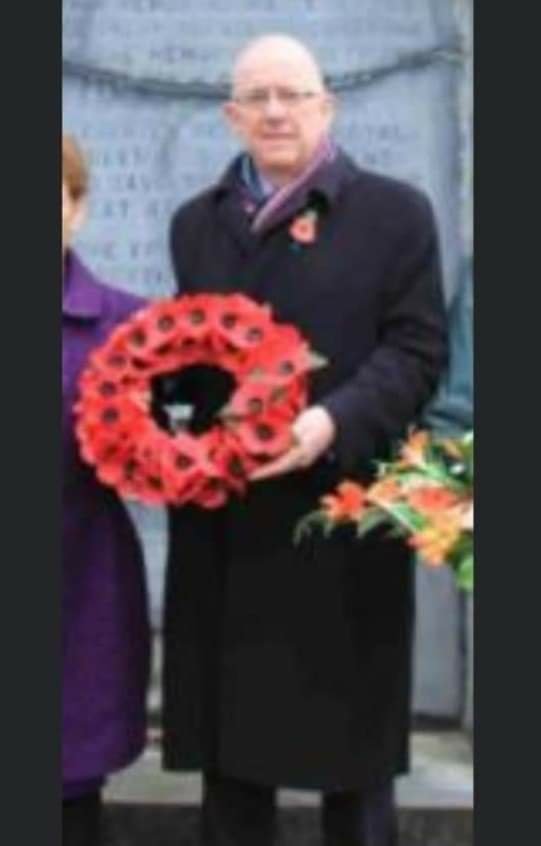 ‘Belfast is dotted with sites of RIC atrocities’

CHARLIE Flanagan saved his blushes by cancelling next week’s RIC remembrance event and if you ask me, he did the right thing.

The Republic’s Justice and Equality Minister said it will go ahead at a later date, but I seriously doubt it. The Fine Gael (turncoat) man totally misread the collective memory of the nation. He gave me the impression that something like this was normal and shouldn’t cause controversy. But as Diarmaid Ferriter – one of Ireland’s best-known historians who had been part of a government advisory panel – explained, Flanagan’s proposals weren’t what his group had recommended. As people living in the North of Ireland know well, the so-called Decade of Centenaries was always going to be controversial if not outright contentious. There’s no doubt there were many members of the RIC who did their duty honourable and without malice. But there’s also no denying it was a colonial police force and its overall legacy is one of shame.

When Winston Churchill ordered the so-called Black and Tans into Ireland to assist the RIC, they dutifully facilitated them and violence and civil unrest increased dramatically. The drunken ravages of the Black and Tans have been well documented elsewhere. But I get the feeling Taoiseach Leo Varadkar would rather there were no commemorations at all and in some instances that may indeed be the right approach. And I also firmly believe a nation needs to fully understand its past in order to enable it to face the future with renewed confidence.

Rejecting expressed concerns over commemorations for members of the RIC, Varadkar snapped: “Hey, that was 100 years ago!” before adding that those shot by the RIC during a GAA match at Croke Park will also be remembered. “So yeah, the 16 players and spectators gunned down by the RIC, yeah, they’ll be getting plaques and things too,” Varadkar said. Inner city Belfast is dotted with sites of atrocities where RIC murder gangs dispensed wholesale slaughter against the local Catholic community.

Even today, the name of District Inspector Nixon sends shivers down the spine of many families whose forebears suffered at the hands of the officer and his men. Perhaps Charlie Flanagan could explain to surviving members of the McMahon family how he plans to honour members of the organisation which gunned down their relatives in their own home? Following the murder of a police constable in the Carrickhill area of Belfast, follow this link to find out more: https://en.m.wikipedia.org/wiki/McMahon_killings, the RIC replied by slaughtering six civilians in Arnon Streer and a few streets nearby. Again Nixon and his men were responsible. And in Weaver Street off the Shore Road, four Catholic children and two adults were slain when a grenade was thrown into the middle of them. follow this link to find out more:https://treasonfelony.wordpress.com/2016/02/04/the-weaver-street-bombing-and-not-dealing-with-the-past/ Minutes before the attack, the youngsters – who had been playing happily with Protestant friends who lived nearby – were herded back to their ‘own end’ of the street by two Ulster Special Constables. The attack was clearly pre-planned.

Following the divisive Civil War in the Irish Free State, a decision was taken at a senior level to leave aside inquiries for fear of stirring up more negative emotions. Yes, as I said before, many RIC men served with honour. But it appears Charlie Flanagan’s plans to publicly commemorate them could have been better thought out. Or perhaps even left well alone.

With many thanks to: The Sunday World and Hugh Jordan

for the original in The Sunday World-hjordan.media@btinternet.com 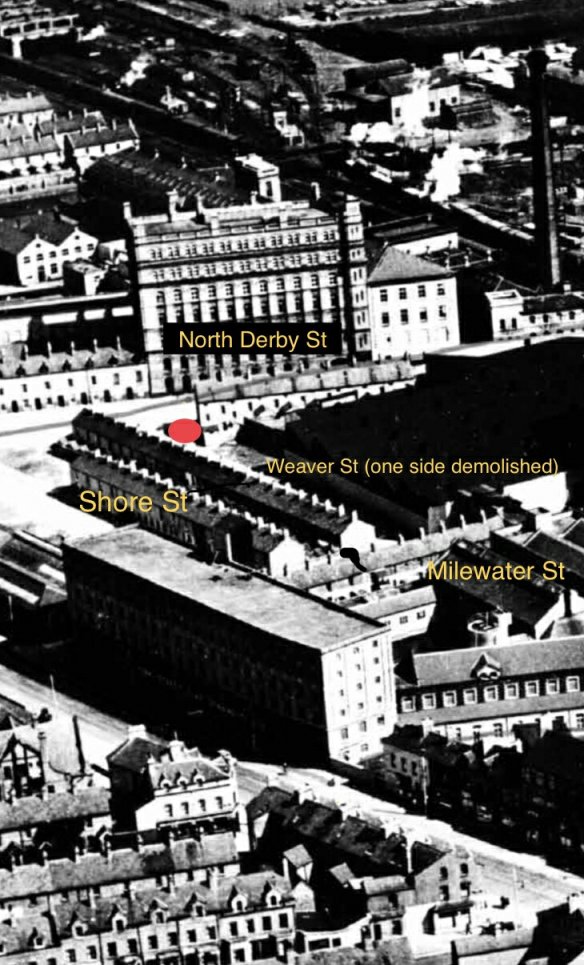 An Irish state commemoration to remember pre-partition police forces has been deferred by the Irish justice minister amid growing controversy.

The event was due to commemorate the Royal Irish Constabulary and Dublin Metropolitan Police later this month.

But many opposition politicians vowed to boycott it, criticising the RIC’s conduct in the War of Independence and that of its armed auxiliary forces.

The minister is planning an alternative commemoration in the coming months.

The Royal Irish Constabulary (RIC) and Dublin Metropolitan Police (DMP) were formed in the early 19th century when the whole island of Ireland was under British rule.

During the Irish War of Independence (1919-21), the IRA began targeting police officers and the British government bolstered RIC ranks by recruiting thousands of ex-soldiers, mainly from England.

Those who joined the RIC special reserve were nicknamed the Black and Tans because of their distinctive uniforms, while a later group of more experienced soldiers were known as the Auxiliaries.

Both forces acquired a reputation for brutality by carrying out violent reprisals on civilians in the aftermath of IRA attacks.

Speaking about his decision to defer the event, Mr Flanagan said: “There were those in the RIC who committed atrocities.

“The horrific record of the Black and Tans and Auxiliaries is well known.

“But there were thousands of other officers who behaved with dignity and honour in serving their communities. And we should not seek to airbrush these people from our history.”

BBC – History – The Black and Tans

The commemoration was due to form part of the government’s ongoing Decade of Centenaries programme.

The programme marks significant events during a turbulent period in Irish history from 1912 to 1923, including the 1916 Easter Rising and Irish Civil War.

The decision to commemorate the RIC and DMP has proved the most controversial to date, with many politicians condemning the conduct of both the RIC and its auxiliary forces.

On Monday night, Dublin City councillors voted to boycott the Dublin Castle event with a motion that was passed by 38 votes to 10.

In his statement on Tuesday, the minister said he realised that his decision to defer the event would be “a cause of hurt and upset to many people”.

“As a government, we have at all times sought to have a national programme of commemorations that is authentic, sensitive and inclusive.” Mr Flanagan said.

“However, given the disappointing response of some to the planned event on 17th January, I do not believe that the event, as planned, can now take place in an atmosphere that meets the goals and guiding principles of the overall commemorative programme.

“Therefore, I am announcing its deferral.”

People power defeats Fine Gael revisionism – deferral of their planned RIC commemoration only a step in the right direction. This event must be cancelled. #BlackandTans 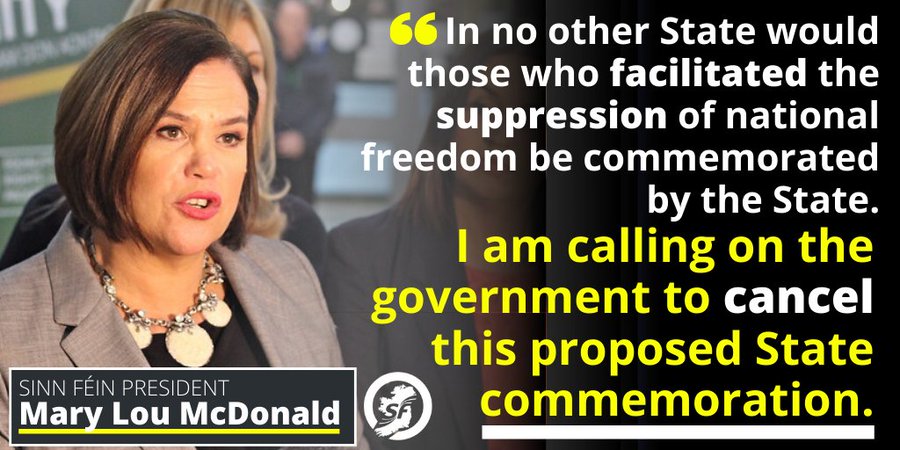 Mr Flanagan told Irish broadcaster RTÉ that aspects of the commemoration had been “grossly misrepresented”.

“This was never going to be a eulogising of the black and tans, but rather a solemn and sombre event commemorating the tens of thousands of the members of the RIC and DMP.”

More than 500 police and police reservists were killed during the War of Independence and its aftermath.

The minister added that he still firmly believed the planned commemoration event was the “right thing to do”.

“As a next step, I will consult further with the expert Advisory Group on Centenary Commemoration, with the all-party consultative group on commemoration and with other stakeholders, with a view to organising an event that is inclusive and fully respectful of all the traditions and memories on this island,” his statement said. 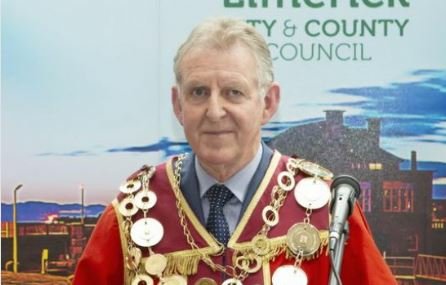