Barak Ravid
@BarakRavid
BREAKING: EU high court rules that all EU member states must label goods from the Israeli settlements in the West Bank, East Jerusalem and the Golan Heights and precisely identify them as products from an Israeli settlement 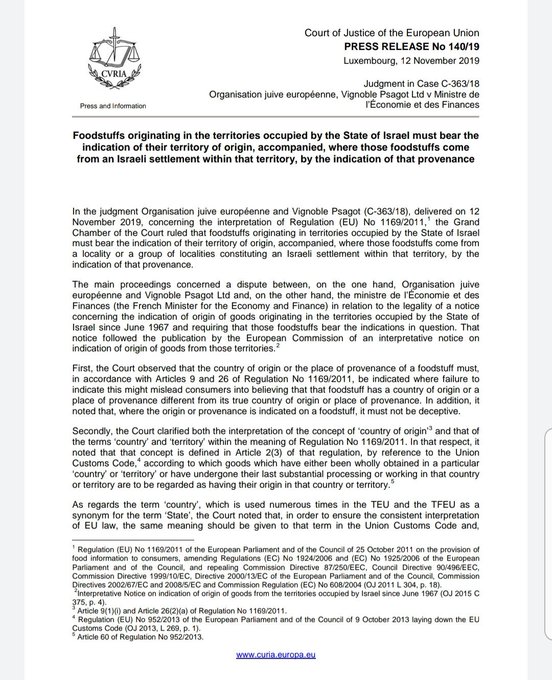 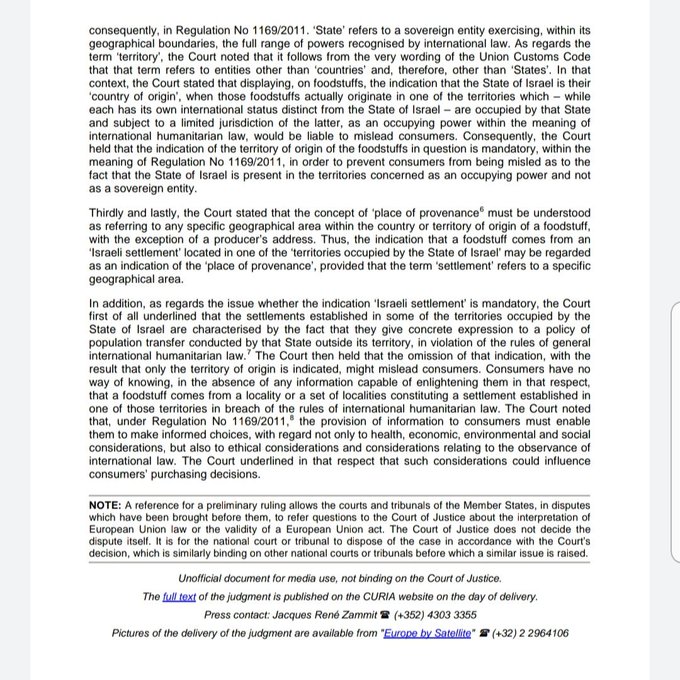 9:10 AM · Nov 12, 2019·Twitter for Android
The EU statement on the court ruling regarding settlements goods 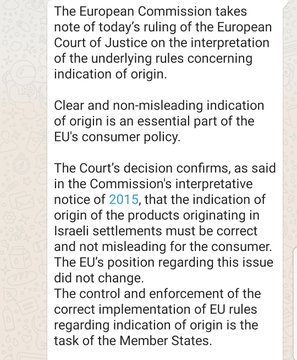 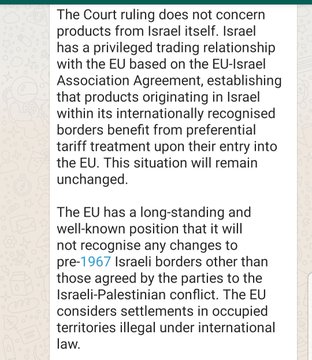 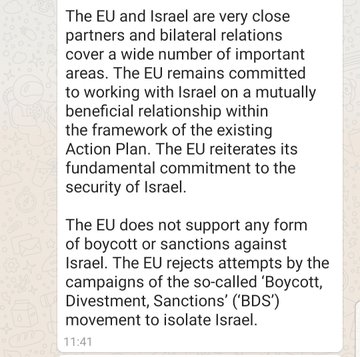 With many thanks to: Barak Rivavid for the original posting on Twitter

A local councillor has likened proposals made by the PSNI’s Chief Constable to “oppressive tactics” employed by Israeli police against Palestinians.
The comments made by Independent Councillor Gary Donnelly come after recently appointed Chief Constable, Simon Byrne, suggested taking children away from their parents to combat paramilitarism.

Councillor Donnelly said: “Having failed to make any positive impact within working class Nationalist and Republican communities, Simon Byrne’s proposal to effectively kidnap and hold for political ransom children of Republican activists is, at best, idiotic and smacks of Israeli oppression tactics in Palestine.
“Should such a policy be implemented, Mr Byrne will succeed only in uniting the Nationalist and Republican community firmly against him and his failed police force.”

When asked about the recent increase in dissident violence Mr Byrne said on Wednesday that the community should say to all the paramilitaries that “enough is enough”.
“The use of paramilitary attacks, beatings, breaking people’s legs, other limbs, in the name of the rule of law, is just odious. How anyone could think that is justified in a civil society is beyond me,” he said.

He later sought to withdraw “the interpretation that children are pawns, if that’s what’s been heard”, at a meeting of the Policing Board, adding, that it was not his intention.
Sinn Féin Justice spokesperson, Raymond McCartney, said the Chief Constable’s remarks about taking children away from their parents and their homes was unacceptable.

“The safety and welfare of children must always be paramount, they can’t be used as pawns in a wider strategy to ‘deter’ paramilitaries in their anti-community activity.
“It flies in the face of the UN Convention on the Rights of the Child and all the evidence and current good practice within the criminal justice system concerning the safeguarding of children.
“His comments are all the more unacceptable since they were made at a conference on ‘Young People, Policing and Stop and Search’ powers.”

Saoradh response
Meanwhile, Junior McDaid House, based in Chamberlain Street in Derry, which is the National Headquarters of Republican Party Saoradh, branded his comments as “prejudiced, discriminatory and disgusting”.
In a statement posted on Facebook it said: “Byrne seemingly wants to deprive the children of Republicans the right to a family life by having his armed stormtroopers detain them and put them into care homes.

“What we have here is a situation akin to the worst anti-democratic regimes on the planet, with the foreign head of a State militia threatening to kidnap the children of his opponents.”
It added: “Republicans will not tolerate threats by any representative of Britain to take our children away from us. We will resist any attempts to do so. Rather than killing our children, as in the past, Simon Byrne wants to kidnap them instead.”

With many thanks to: Derry Now and Garrett Hargan for the original story

Photos of ‘migrants’ humiliated in Tel Aviv cause outrage

app-facebookJonathan Smallabout 12 months agoOn my nightly walk with Franklin, I passed two men using the beach showers to clean themselves. They were minding their own business, not harassing or hurting anyone. After a few moments, a group of large men approached and started to harass the showering men. They shoved them, pulled their hair, and made them take humiliating selfies. A few passersby stopped and looked somewhat disturbed but there was no real public outcry as the abuse continued. I will admit, I was not as brave as I would have liked to have been. Homeless or housed, black or white, born in Israel or abroad, no one deserves this humiliating treatment. Enough of this shit.Image may contain: one or more people, people standing, shoes and outdoorImage may contain: 1 person, smiling, standing and outdoor1.4K1.5K5.5K

Avichai Mandelblit is reported to have informed Mr Netanyahu’s lawyers that he will face charges of bribery, fraud and breach of trust in connection with three cases, pending a final hearing.

The prime minister is alleged to have accepted gifts from wealthy businessmen and dispensed favours to try to get more favourable press coverage.

Mr Netanyahu has denied any wrongdoing.

He has said he is the victim of a left-wing “witch-hunt” intended to topple him ahead of a general election on 9 April.

The prime minister will have an opportunity to make his case against the indictments at the final hearing, which is likely to take place after the election.

If his arguments are rejected, it will be the first time in Israel’s history that a sitting prime minister has faced criminal charges.

Opposition parties have said there is no way Mr Netanyahu should carry on as prime minister if that happens.

Mr Mandelblit has said the Supreme Court will determine whether he must resign.

With many thanks to: BBC News England for the original story