on plans to introduce equal marriage in 2020 – civil marriage from Jan – religious marriage from April – conversion of civil partnership later in year Amnesty & Love Equality will keep working on this in 2020 to ensure no-one left behind. 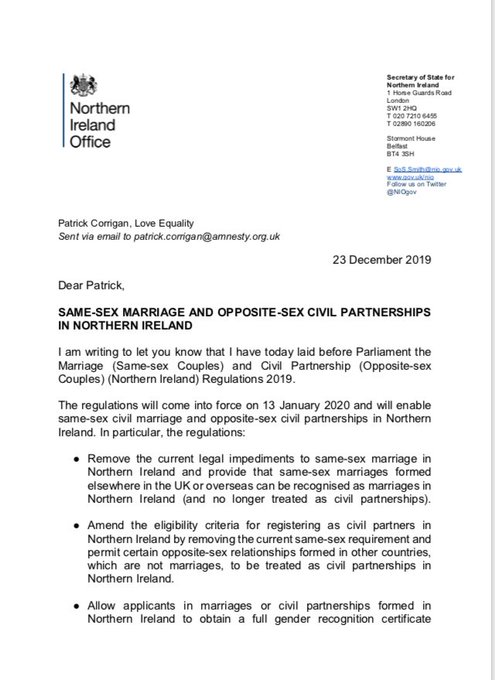 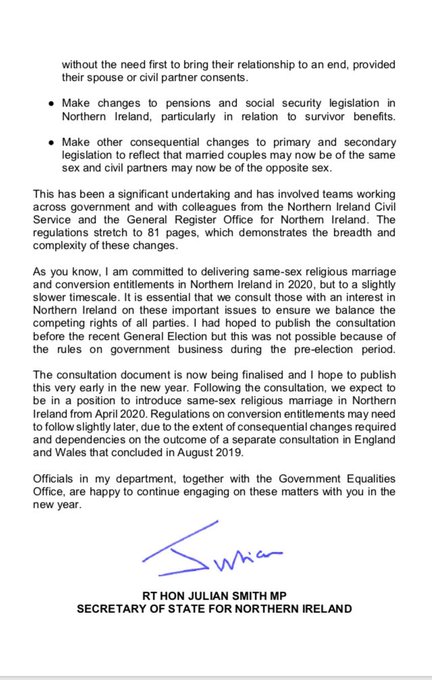 Northern Ireland Office and 9 others
1:51 PM · Dec 24, 2019·Twitter for iPhone
With many thanks to: Patrick Corrigan for the original posting on Twitter