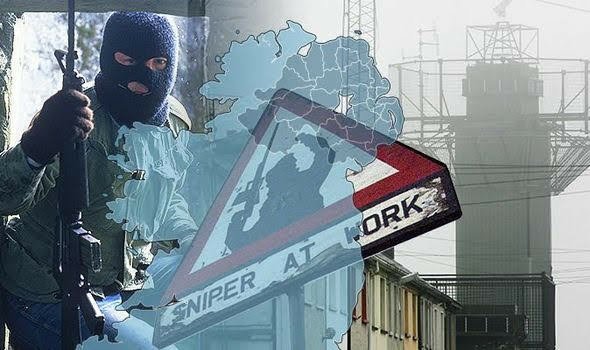 A powerful plastic explosive is believed to have been used in the bomb planted under a PSNI officer’s car by the ‘IRA’ in east Belfast last weekend.

The senior officer escaped with his life after the device was spotted under his vehicle at Shandon Park Golf Club in Saturday afternoon.

In a statement the ‘IRA’ said it planted the potentially deadly device, which police later described as “sophisticated”.

It is believed the bomb consisted of 1 ½ lb of a plastic explosives known as TNT and a mercury tilt switch.

It was previously suspected that the ‘IRA’ had access to a quantity of TNT, which is used by both the US and Australian military and in commercial organisations.

It is considered to be safer to use than other types of explosives and less prone to accidental detonation.

A haul of the substance was recovered after armed Gardaí stopped a taxi in Dublin in June 2017. More than 5kg of explosives, detonators and other military grade items were seized during the operation.

In the past republican groups have used Semtex to make undercar bombs and other devices.

However, the use of TNT suggests that new supply routes may have been established in recent years.

In February 2017 the ‘IRA’ said it used a “new type of tilt switch, detonator and plastic explosives” in a bomb which was left under the car of PSNI officer in the Culmore area of Derry.

It is understood the device used at the weekend is similar to those previously deployed by the Provisional IRA, although it is believed the design has been updated.

It is believed to consist of several switches and a pin, which is removed sets off a timer.

It is understood these features are designed to ensure that the device will not detonate while being handled by the bombers.

Over the last decade undercar devices have killed and injured several people.

In 2008 a Catholic officer was injured when a bomb exploded under his car as he drove to work near Castlederg.

In January 2010 former PSNI man Peadar Heffron was seriously injured when a bomb exploded under his car near Randalstown, Co Antrim.

More than a year later in April 2011 another Catholic officer Ronan Kerr died when a similar bomb exploded under his car in Omagh.

In June 2015 a device was found under a car outside the home of a couple, who were both PSNI officers, at Eglington near Derry.

In October that year a device was also placed under a VW Transporter used by a British soldier in north Belfast but fell off.

In March 2016 prison officer Adrian Ismay died 11 days after a bomb exploded under his van as he drove through east Belfast.

SDLP Policing Board member Dolores Kelly condemned those behind the attacks.

“I don’t know how they have not got the message they have no place and support in the community here in the north.”

With many thanks to: The Irish News and Connla Young for the original story