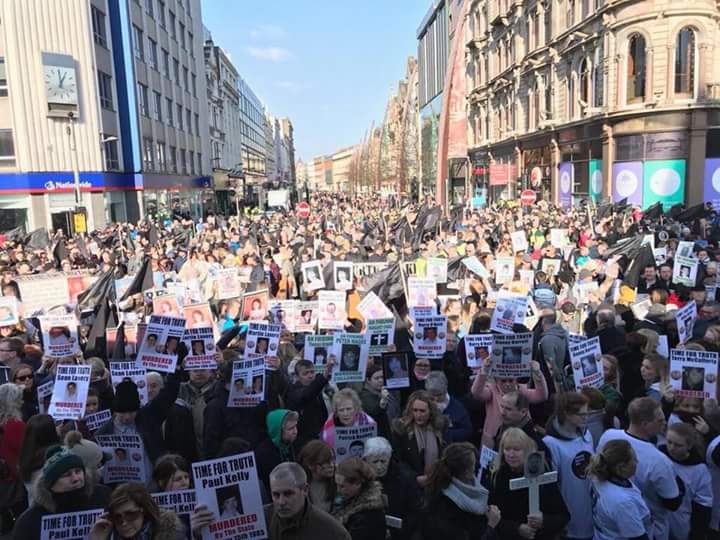 Sinn Féin’s northern leader has said an agreement with the government to release money for Troubles-related inquests still stands. 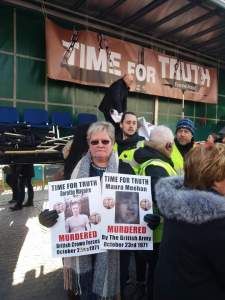 Michelle O’Neill said the funding would be forthcoming despite the collapse of power-sharing talks earlier this month.

Ms O’Neill was speaking at a march for survivors and relatives of those killed by loyalists and the security forces. 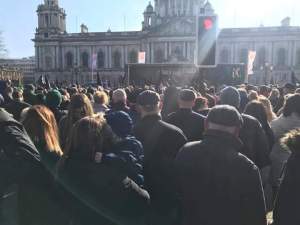 Meanwhile, the victims’ commissioner said a political deal was desirable but not necessary for progress on legacy.

Since the latest round of talks collapsed, the two main parties – Sinn Féin and the Democratic Unionist Party (DUP) – have blamed each other for the breakdown, saying there was disagreement over legislation for the Irish language.

While not in the so-called draft agreement, Sinn Féin said they had a separate “commitment” from the government to put inquest funding and other measures to deal with the past out to public consultation.

The legacy inquests include some of the most controversial killings of the Troubles, and Northern Ireland’s most senior judge previously asked for money to deal with the backlog of outstanding cases.

The DUP has said it was not aware of the deal between Sinn Féin and the government in the absence of an overall agreement.

The government has said that all its discussions were in the context of how it would respond to an overall deal.

On Sunday, Ms O’Neill said: “I am crystal clear that we have an agreement with the British government that they would release both the legacy inquest funding and a consultation on the legacy mechanisms.

“That position still stands – I met with Theresa May last week and I put that to her that they need to not play fast and loose with victims.”

‘Million miles’
Ms O’Neill was among several thousand people to turn out for a rally in Belfast city centre on Sunday.

Victims’ campaigner Raymond McCord, who was at the rally, said the event was a step in the right direction but legacy issues should not be politicised.

“I want to see an even bigger event. I want to see Royal Avenue flooded with victims and the general public,” he said.

“And victims from unionist and nationalist communities standing with each other.

“Sinn Féin is heavily involved here and I want to see an event with no political parties whatsoever for all victims.”

Victims’ Commissioner Judith Thompson said the parties were “not a million miles apart” on how to deal with the past but any consultation must not be marred by political fighting.

“There are people marching in Belfast for truth,” she said.

“People who have waited four decades for inquests and investigations, and the same people exist in every constituency.

“It’s really important we deal with this stuff and an argument between our parties about a political context, which is clearly very difficult right now, must not get in the way of things they are broadly in agreement with.”

With many thanks to: BBCNI for the origional story